Joining the 21st Century with Cloud

Joining the 21st Century with Cloud 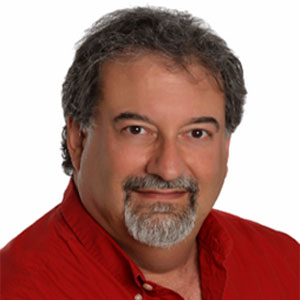 With all the hullaballoo today over enterprise digital transformation, it might seem that the cloud is yesterday’s news. In fact, cloud and digital go hand in hand. Case in point:Rupert Murdoch’s News Corporation, which split into two companies in 2013: 21st Century Fox, which retains the film, television, cable, and satellite businesses, and the refocused News Corp., responsible for print newspapers.

The cloud, in fact, was instrumental in this separation. “21st Century Fox had one year to change, working under a deadline,” explains Rich Roseman, formerly the CIO of 21st Century Fox, who led the IT side of the split. “IT, HR, finance, tax, real estate, etc. – all had to be separated.” The secret to his success? “We took a $71 billion global media company to the cloud.”

Standing up the New News Corp.

While the phone hacking scandal to hit News Corp. in the UK certainly contributed to the chaos within the company, their decision to split off the newspaper business from the rest of the company resulted more from the different forces of digital transformation hitting the two types of business.

Murdoch and other executives saw the new 21st Century Fox as the growth part of the business, while News Corp, now the name of the legacy newspaper business, would be left to more or less fend for itself in an industry in decline. To this end, they set an aggressive deadline to split the two companies.

Roseman and his team made the ambitious decision to move the newspaper business to the public cloud. “We had to stand up all the apps for News for the foreseeable future,” Roseman says. “This was our best opportunity to deploy cloud. It was green field. Why would we invest in people and technology now?”

Instead, the pay-as-you-go model of the cloud made sense for multiple reasons – although cost savings wasn’t at the top of the list. “Cloud was never sold internally as delivering cost savings, even though now it does. It was sold on speed and flexibility,” Roseman explains. “We implemented a total cloud deployment for the publication business because of the uncertainty of the future.”

In fact, the technology split between the two companies was more of a duplication of capabilities, as News Corp. ended up with all-new cloud-based apps. “We replicated 21st Century Fox’s on-premise infrastructure in the cloud for News,” Roseman points out. The result: “We gave them a running start to grow and change the business as they saw fit.”

The company didn’t make the mistake of trying to migrate existing on-premise applications to the cloud, however – especially apps they had customized over the years. “Some on-premise solutions are so heavily customized that there’s no way you could put them in the cloud cost-effectively,” Roseman says.

Instead, they selected cloud-based apps that provided the functionality they had had as a single company. “Microsoft Office 365 was huge,” Roseman points out. “We moved all on-premise Microsoft applications and servicesto Office 365. We also moved from Oracle PeopleSoft to the cloud-based travel and expense management platform from Concur Technologies.”

As a result, they had to make the difficult decision to change various internal processes to align with the functionality of the new applications. “How can we change what we do today to use this cloud package?” Roseman asks. The fact that the new News Corp. was essentially a new company gave them this luxury – but this decision still required discipline on their part.

Roseman explains his justification. “The reason the cloud works is configuration not customization. Once you customize the cost benefit is out the door. But configuration is easy.”

Roseman and his team weren’t satisfied simply to stand up News Corp. in the cloud and leave the remaining mass media business with older, on-premise technology. “At 21st Century Fox we moved our infrastructure to the cloud as well as soon as we were done lighting up News,” Roseman explains.

Not every app made the transition, however. “We migrated all our apps except for the general ledger, because finance was very resistant to change,” Roseman allows. Furthermore, “standing up traditional ERP in the cloud would have been way too expensive.”

Overall, the benefits to moving the media company to the cloud outweighed any drawbacks – especially when they were able to take advantage of the cloud’s elasticity. “Fox has the Superbowl every three or four years,” Roseman explains. “Why buy all that infrastructure for a one-day event?”Before the cloud, Roseman had previously worked for NBC during the Olympics, so he had seen such expensive temporary buildouts before.

21st Century Fox is also benefitting from the on-demand aspect of the cloud. “We were moving a lot of content between production houses,” Roseman explains.“We couldn’t keep up. We tried to encode, encrypt, and serve media files via CDNs.”

CDNs are content delivery networks that serve high volumes of files over the Internet. Adding the cloud to CDNs, however, gave them much-needed flexibility. “Now, it’s what I want, where I want it, when I want it,” Roseman says.

The greatest strategic benefit both companies stand to gain from moving to the cloud is the ability to respond quickly to marketplace changes and to innovate in the extraordinarily dynamic media industry – both important aspects of business agility.

Marketplace pressures in the digital world, of course, come from consumers. “Consumer behavior pushed the media companies,” Roseman says – pushed them to innovate and eventually, pushed them to transform.

Even though 21st Century Fox and News Corp. are now two separate organizations, there are still many areas ripe for collaboration. “In parallel, the separation took place at the corporate level, Roseman explains. “The separate businesses went on their own path. Content distribution and creation in concert, but via separate work streams.”

At the core, however, the strategic win behind their dramatic cloud move is how well their new technology infrastructure sets them up for further innovation. Given the shifting, technology-centric preferences of today’s digital media consumer, the cloud plays a silent but absolutely critical role in enabling such media companies to achieve their strategic vision.

Copyright © Intellyx LLC. Intellyx advises companies on their digital transformation initiatives and helps vendors communicate their agility stories. As of the time of writing, none of the organizations mentioned in this article are Intellyx customers.

Unlocking the Value of Connected Cars

Comprehensible Distribution of Training and Information...

The Current Focus is On Comprehensive Solutions

Big Data Analytics and Its Impact on the Supply Chain

Carmax, the Automobile Business with IT at the Core

The CIO's role in rethinking the scope of EPM for...

Transformative Impact On The IT Landscape

Get Ready for an IT Renaissance: Brought to You by Big...

Technology to Leverage and Enable

Speed is the Name of the Game

The Journey to Swift Digital Transformation

Virtual Immersive Learning: The Next Frontier in Higher Education

Making the Case For Moving from Health IT to Health Analytics

Data as a Business

Ricardo Leite Raposo, Director of Data & Analytics at B3

However, if you would like to share the information in this article, you may use the link below: